'Sail Den Helder 2023 must make waves through the country proudly'

Mayor Jan de Boer and aldermen Kees Visser and Pieter Kos were present in the Medemblikkerloods on behalf of the municipality. On behalf of the foundation, chairman Arian Minderhoud and Peter Kramer signed the partnership agreement on behalf of secretary Kees Turnhout. The presence of the mayor and two aldermen shows how much impact Sail Den Helder has for the region. The nautical event is expected to be a big party, where visitors can see with their own eyes that it is good living, working, learning and recreation in Den Helder.

For example, port alderman Visser sees the opportunity to show not only regionally, but also nationally how the municipality invests and innovates together with partners. He mentions the Region Deal Maritime cluster Kop van Noord-Holland as an example. “We mainly focus on knowledge and talent, innovative maritime technologies and the energy transition, such as stimulating hydrogen.”

Due to these developments and an aging population, many vacancies are created. Alderman for employment and education Pieter Kos is committed to finding new workers, for example through the Helders Perspectief. "Sail Den Helder's wish to work with young people as much as possible fits in seamlessly with our goal: to interest and train young people for sectors in which there is a lot of work, such as technology."Students build mini butter. It is not without reason that two students from Scholen aan Zee started building a mini-botter that should be launched next year before the signing. It symbolizes the ambition to involve education. The previous edition, in 2017, had 772 young people who helped in the run-up to and during the event. They gained experience and were able to develop. The aim for 2023 is to double that number. 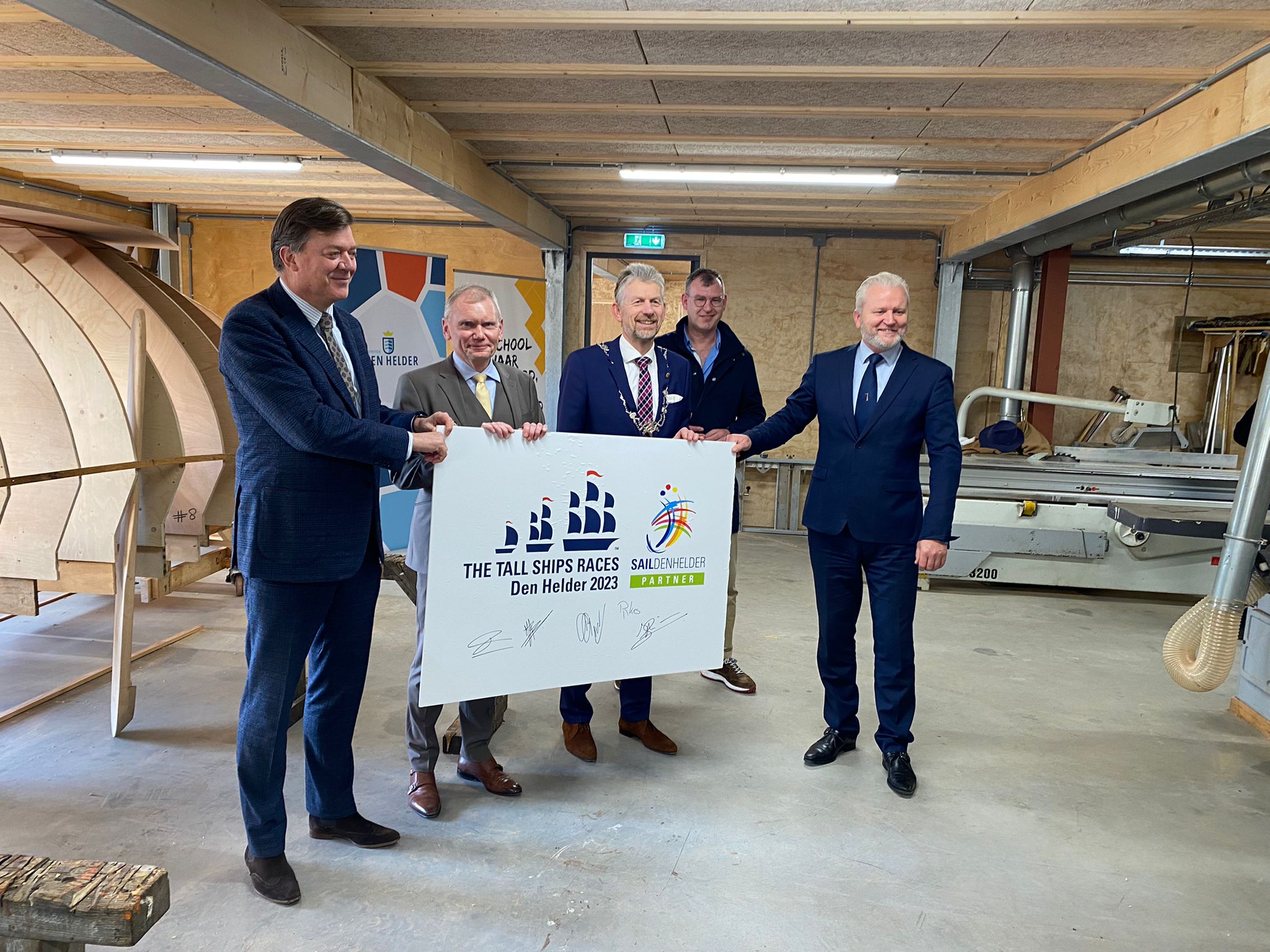